1 Feb. JP conversation ‘Have you ever exorcised before? How?’& Setsubun special!

2019-02-04 (Mon)
Just like a week before, it snowed during the night and the parking area at EGCC was all covered with snow in the morning.It was freezing but 22 members who were enthusiastic about the Japanese conversation got together on the 1 st day of February. 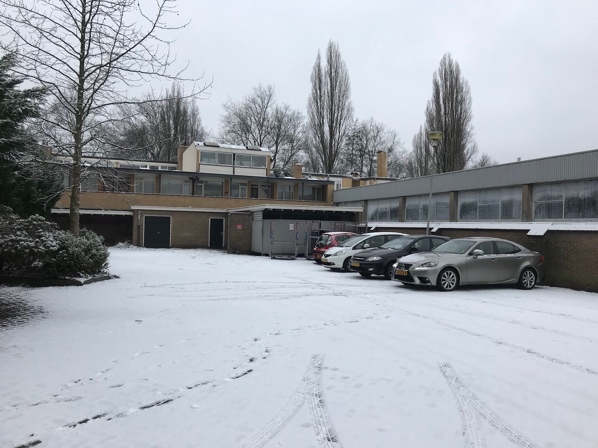 February is the coldest month though,people start feeling the coming of spring.

The day’s topic was ‘ Have you ever exorcised before? If so, how?’.

We talked about ‘ Setsubun 節分‘ first before moving onto the conversations.

Setsubun is the day , usually the 3 rd of Feb.,before the beginning of spring in Japan and the name itself literally means ‘ seasonal division’. It was believed that disease-bringing evil spirits for the year to come were driven away by bean scattering ‘ mamemaki ‘.

One of the Dutch members said ‘ you eat Norimaki,Sushi Roll on the day.’

That’s also right. It has been getting more popular for the last 10-20 years!


We were curious how to exorcise in The Netherlands and others if they do and whether they are superstitious or not.

‘Hundreds of fireworks on the New Year’s Eve in the Netherlands are not only celebrating a coming year also driving away the evil spilts by making a tremendous noise.,

‘ We don’t align the bed with the door.’

‘Some people decide the layout of the house according to Fen-shui.’

‘ We make the special movements by touching both thumbs and index fingers each other just like keeping fingers crossed.’

‘Some people knock on wood to avoid bad luck.’


How to exorcise is really depending on where you are from and slightly different from each other but ideas are actually almost the same anywhere in the world. How interesting! 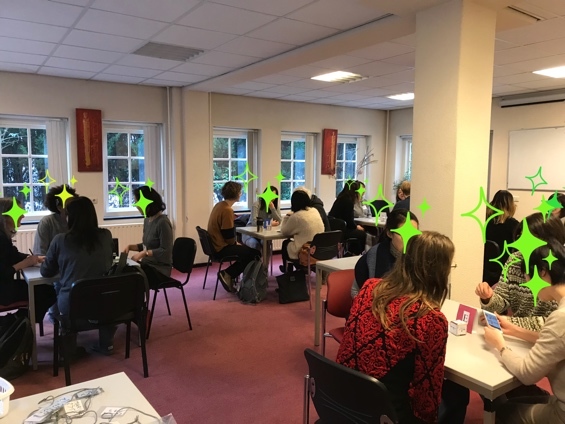 At the end of the session, we experienced ‘ Mamemaki, bean scattering’ in the fresh.

It was very enjoyable and fun with the cooperation of our Dutch member, R san who was willing to play a ‘ Oni, ogre ‘ roll. His lovely Oni made us so happy!!

Snow was falling lightly outside but it was warm and delightful inside. 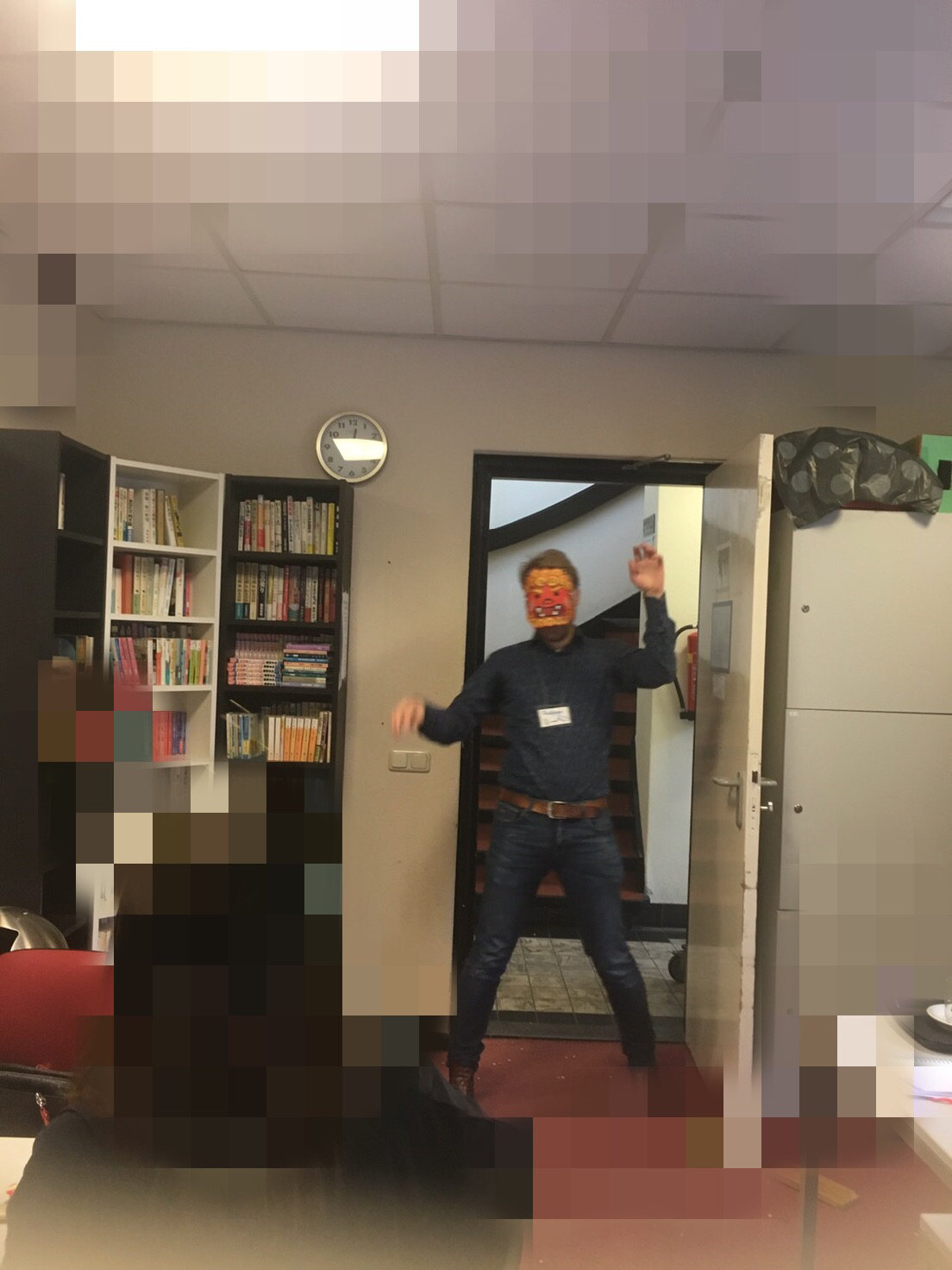 Next Nihongo Kaiwa session will be on the 15th February.