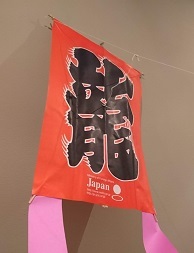 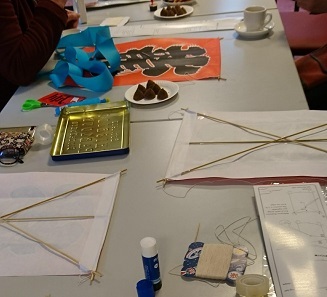 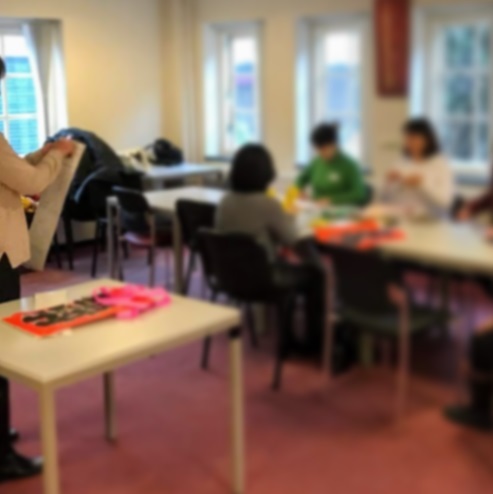 It's been almost a month since a new year started, and everything is back to normal, as it has been always like that. We had snow, and it's still very cold, daytime has been getting longer, and some flowers are growing from the ground. Spring is coming soon!

For those who came to Kite-making workshop, thank you! It was done in a cozy atmosphere. The blog post will be up soon.

We'd like to remind you that the next Nihongo-kaiwa is on Friday, 1st February.

The topic of the conversation is "Have you ever exorcised before? How? "

3rd Feb is the SETSUBUN, the day we exorcise. We're planning to experience the Japanese way of getting rid of evil spirits together this Friday at the Nihongo-kaiwa.

Any other topics are also welcome.

18 th January ; Japanese conversation session ‘ What is / are your new year’s resolution(s)?’ 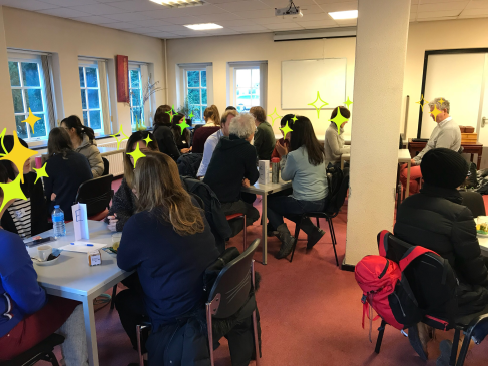 It was very cold in the morning on the first Friday of our Japanese conversation session in 2019.
The temperature was below zero but the sky was clear after a few gloomy days.
Totally,24 members got together at EGCC and we started the first session with lively ambiance.

The topic of the day was ‘ What is /are your new year’s resolutions?’.

As soon as asking anyone who shared their new year’s resolutions at the beginning, one of our regular members told us hers that she would like to go to university in Japan and save money for her plan. Not only that, she said that she really wanted to do something for someone else this year such as volunteer works. We definitely have a bright future to have such ambitious and compassionate young people.

A father and a daughter are both regular members. The daughter is always very fashionable and wearing lovely Japanese clothes so nicely! Her new year’s resolution is to study fashion and design in Japan.

V-san took part in the session for the first time. She studies film-making at school. She has recently watched one of the popular Japanese films which focused on family ties and wants to make such family related films in the future.

After joining our Japanese conversation session Sunday special at Amstelveen Library, K-san came to know our activities on Fridays and participated in the session for the first time. He is a big fan of Japanese animations/mangas and knows a lot about both old and new mangas. He seemed to enjoy chatting with us in Japanese and sometimes saying some cartoon characters’ lines with a smile. According to him, his father is also a big fan of mangas. The Mangas are nowadays very popular throughout the generations. K san is at the moment preparing for taking a course of the job he wants and will work in Japan if possible.

Another regular member has already finished all experiments of his study and wants to finish his thesis for PhD which must be more than 200 pages long!

We managed to see the young people who love Japan and its language and talk about their resolutions through the session. JWC Japanese conversation team will definitely try to do our best to support those who are fond of Japan. That could be our new year’s resolution!

On the other hand, G- san also participated in the session for the first time. He started studying Japanese and being a part of ‘Wadaiko’ Japanese drum team after his retirement. That’s because he was influenced by his Japanese ex-colleague, having visited Kyoto or his wife’ s experiences .The reasons why he started studying Japanese are not one, he added. We can learn a lot from his never-stop- challenging policy!!

A Japanese lady who came to the session for the first time treated delicious Sushi to all participants. 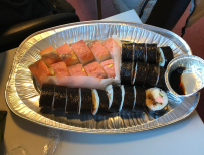 It tasted good and looked great as well.
Sushi is now one of the popular Japanese food in The Netherlands.
Gochisousamadeshita.

The next session will be on Friday 1st February.

Furthermore, we have ‘ Kite-making workshop ‘ on Friday the 25 th January.
If you are interested in joining us, please get in touch with us via the following e-mail address. 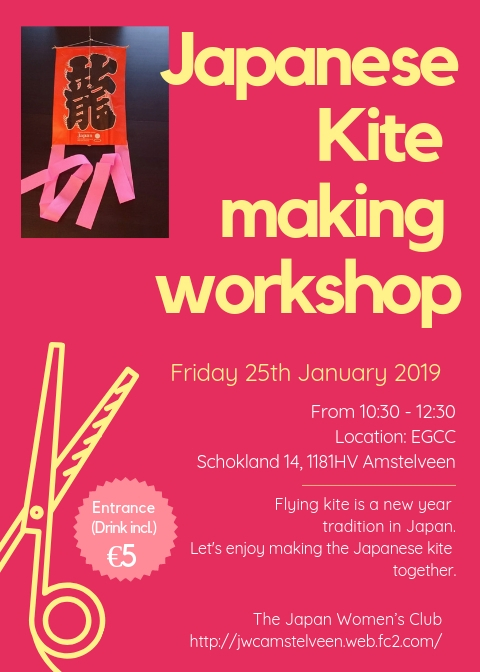 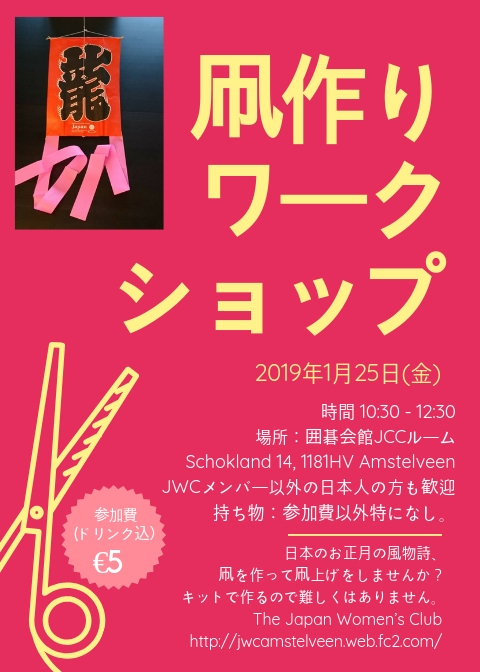 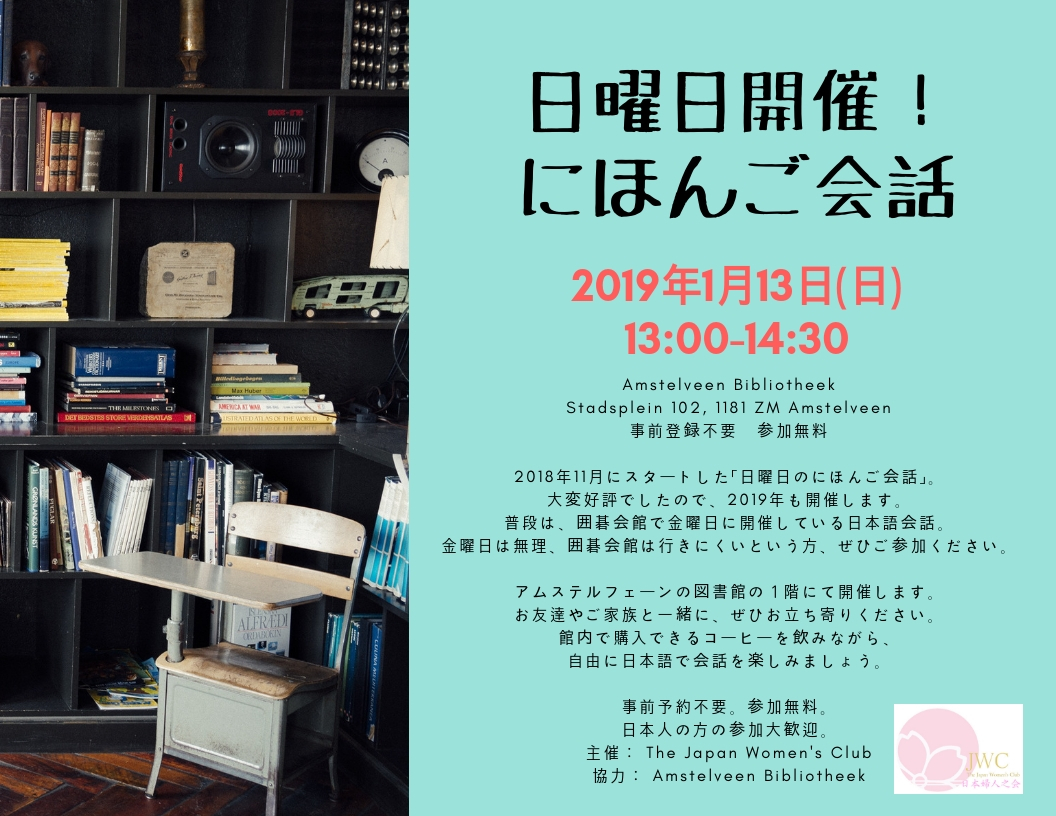 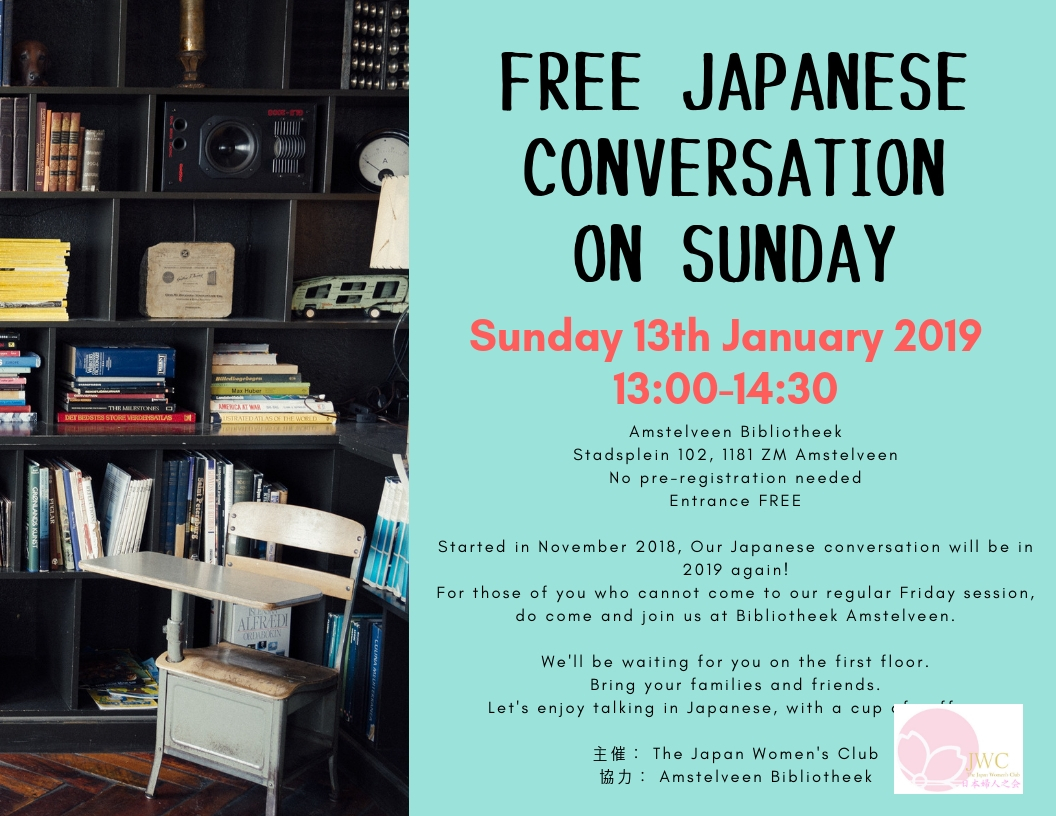 A Happy New Year! How are you? How was your winter holiday?
December is surely one of the busiest and jolliest month of the year for all of us.
Now a new year of 2019 has began.
Have any of you got a resolution to "Improve Japanese skill"? Then we're surely there for you.

We'd like to remind you that the next Nihongo-kaiwa is on Friday, 18th January.

The topic of the conversation is "What is/are your new year resolution(s)?"
Any other topics are also welcome.

Have you ever flown a kite? OK, then, have you ever made one?
Making and flying kite is a tradition for Japanese families for many centuries.
The traditional kite is made by a light bamboo frame and Washi paper, and designed with legendary war heroes and bold Japanese characters. Some kites are seen as works of art.

If you want to join the workshop, please let us know by replying to this email. Number of kite is limited, so first come, first served.