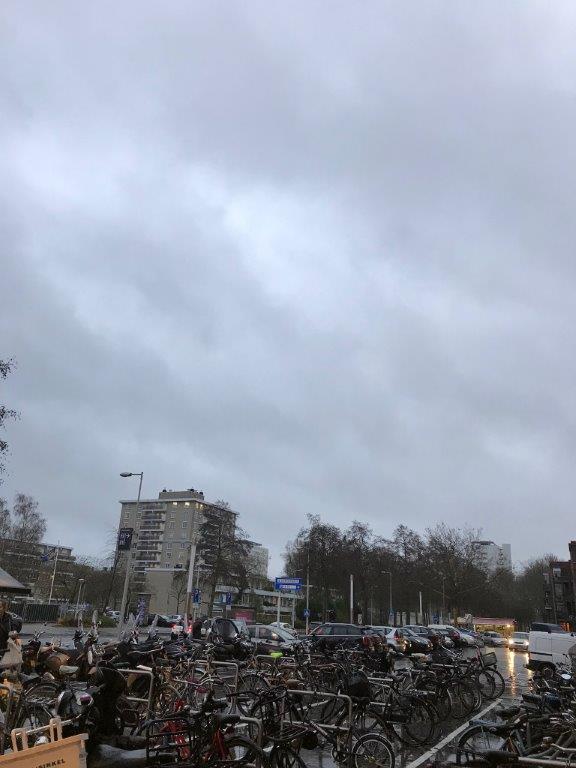 19 members took part in the last session of our ‘ Nihongokaiwa’ Japanese conversations this year in spite of a gloomy, rainy day.

The topic of the day was ‘ My news in 2018..tell us the most memorable occasion which have happened to you.’

Many of the natural disasters, perhaps, caused by the global warming, throughout the world still remain in our hearts and may overshadow our future, however, one of our youngest members, Y-san talked about her great decision and determination which came to her mind while traveling in Japan this year. She eventually decided to go to Japan and study at university next year. We were so happy to share the great news with her.

Because of the last session this year, some came back after the long time absence….we didn’t see C san for long …welcome back to our Nihongokaiwa. Surprisingly and thankfully, two ladies T san and D san who joined our session once 5-6 years ago, returned to us! Both of them studied at the same school in Fukuoka, Japan and introduced themselves in Japanese fluently!!

Each of them really knows very much about Japanese literature or Japanese art and more. D san likes ‘Genji monogatari‘ The Tale of Genji, which is a classic work of Japanese literature written in the early years of the 11th century. Someone asked her who the most favourite heroine for her in the tale was and ‘ Ukifune’ was the answer!! Marvellous!!

Also S san, who participated in our session for the first time, explained his amazing experience in Shikoku, Japan this summer. Shikoku is famous for the pilgrimage so-called ‘ Shikoku Henro ‘. He had already visited the 44 official temples before and could manage to complete all of the 88 temples on foot on the hottest summer days in July.

According to him, the number of Japanese pilgrims is decreasing, on the other hand, the number of foreign pilgrims is increasing, but it is not easy for them to visit the places because of the language difficulties and cultural differences. He would like to be a pioneer of the Shikoku Pilgrimage to introduce it to them, he added in Japanese !

We were very touched by his fantastic comments!

Most of the members had their own news, but P san said that there was nothing special, nothing unusual to him this year. It is also very special and lucky…No news is good news!

The sound of laughter was coming from the table where R san was serving his homemade apple cake to other members. He also made meringue and bread before for us. Not only talking about their news, they enjoyed talking about sweets as well.
It was incredibly tasty, thanks. 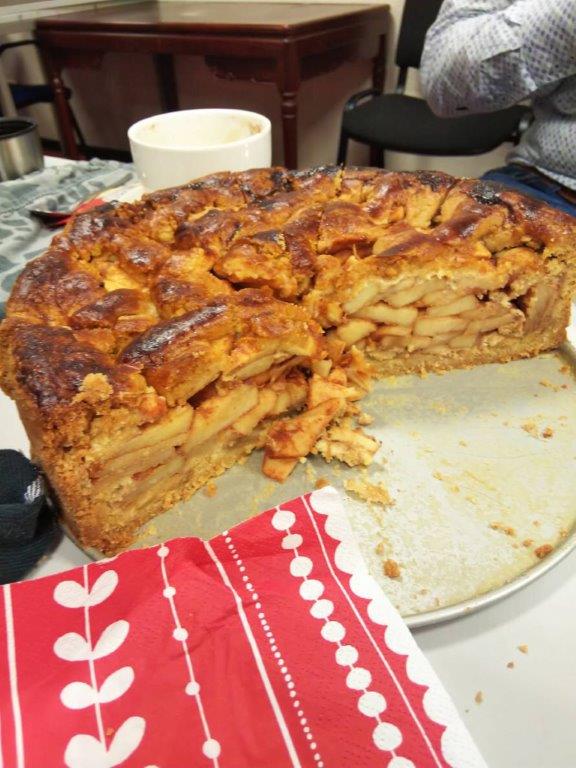 The last session in 2018 of Nihongokaiwa on Fridays was over.
We really appreciate your continued support and participation.
Wishing you a merry Christmas and a happy new year.

The first session in 2019 will be on the 18 th January.
We look forward to seeing you soon next year.

If you are interested in joining our Japanese conversations, please do not hesitate to contact us.
jwcnihongokaiwa ☆gmail.com(change ☆ to @)