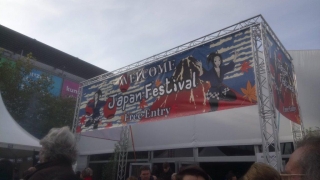 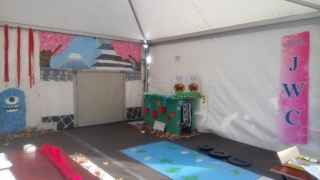 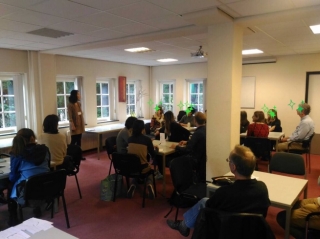 As summertime is over,the nights seem to get longer than before.

How have you been doing?

It rained all day long the day before ,but it was a lovely morning.


The topic of the day was ‘ Memories of Sinte Maartin ‘ but some of the members were not familiar with him and the event itself , so we talked about some information such as who he was , what the stories behind the event, when & where it was celebrated and so on before moving on to the conversations.

According to the Dutch members, Sinte Maartin dag( Saint Martin day) is mainly celebrated in the northern part of the Netherlands,especially in Utrecht and the neighboring areas.Children who go door to door with their paper lanterns are rarely spotted in the southern part of the country, they added.


Our Japanese member, N san said that she enjoyed and celebrated the day ,which she had never done in Japan , together with her child.


P san who frequently visits Japan told us when his children were young he joined the processions with them but he really enjoyed Halloween more than Sinte Maartin dag these days.

He likes Halloween costumes although he doesn’t wear and its ambience but not only Halloween stuff he does Japanese ghosts as well. When he went to Tokyo,he visited so called ‘ Yotsuya Shrine’which is related to one of the most famous Japanese ghost stories ‘ Yotsuya Kaidan ‘.

How amazing he is!

Someone said that some children would prefer Halloween rather than Sinte Maartin once they got sweets easier by saying ‘ trick or treat’ than by singing ‘sinte maartin song’.

How practical young people are!!!

11th November is on Sunday in this year.

Don’t give up singing the song, dears!

Sweets are ready! We are waiting for you to come. 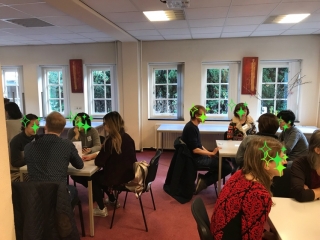 Next Nihongo-Kaiwa will be on the 16th November .